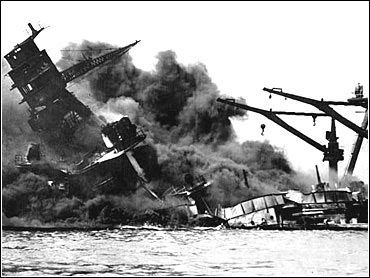 Comparing FDR to George W. Bush may not be fair, but four years after Pearl Harbor the USA had crushed Nazi Germany, Fascist Italy, and Imperial Japan. Hitler, Mussolini, and Tojo were all dead. American troops occupied a peaceful and quiet Japan, Germany and Italy.

What's wrong with this picture?
Posted by LaurenceJarvik at 5:00 PM