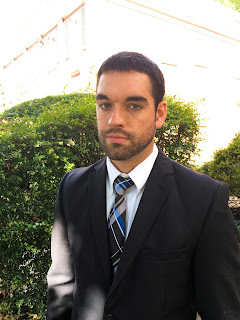 Dr. Michael Bender, a political analyst and Marshall Fellow at The Heritage Foundation, believes critics of President Trump's "America First" foreign policy fundamentally misconstrue his approach to international relations, which is based upon principles of "Moral Realism."

Posted by LaurenceJarvik at 1:09 PM 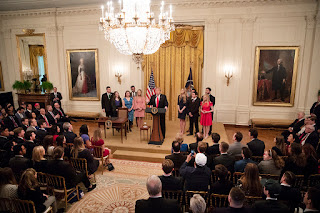 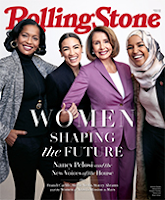 With his executive order on Free Speech, President Trump established himself as a true reformer, while his Democratic opponents have embraced revolution. Therefore, America faces a stark choice between reform or revolution in the 2020 elections.

Barbarians Inside the Gates

Yesterday, by accident of chance or fate, I found myself seated next to a lawyer for The Hammer Museum on a transcontinental flight from LAX to Reagan National Airport in Washington, DC.
As a chatty person, I thought an attempt at conversation might pass the time, so discovering my seat mate was in the museum business, I shared some pet obsessions about over-restoration, forgery, looting, de-accessioning, and the sacrifice of great art for contemporary garbage by museums such as the now-suicided Corcoran Gallery of Art.
As The Hammer Museum is operated by UCLA, and I had an MFA from UCLA, and was still involved in the arts, I looked forward to an interesting discussion with an art world insider that could perhaps shed some light on what was going on. I shared my admiration for the Getty Museum and Crystal Bridges in Arkansas, and the fact that I'd published a novel about the art world, Alice Goldfarb Marquis' murder mystery set at the Museum of Modern Art, Brushstroke!
But more I talked, the quieter my seat mate got, until she said that she had work to do, put on her headset, and never spoke again for the duration of the flight.
I thought the reaction a bit strange. Someone I know said I was probably just an annoying gabby seat mate, the person didn't want to talk, and not to read anything into the reaction.
But something about her silence set me to thinking, and so I looked up The Hammer Museum on Wikipedia, once I got home.
What I discovered didn't exactly shock me, but it explained the silent treatment. The attorney apparently represented an institution which was doing the kind of stuff that I had been complaining about.

Most interestingly, The Hammer Museum had auctioned off Leonardo Da Vinci's Codex Leicester in 1994 for some 30 million dollars--although it had been Armand Hammer's favorite item (he renamed it the "Codex Hammer") and among the most valuable and important works in the collection.

Bill Gates bought the Codex and used it for a Microsoft screensaver, among other things. It still tours around different museums today, drawing crowds.

Who better represents the greatness of Western Civ than a universal genius like Da Vinci?

Curiously, that same year UCLA entered into a 99-year agreement to manage The Hammer Museum.

I wondered, why would any educational or cultural institutions want to get rid of a material relic of the greatest genius in history, especially when it could inspire students, faculty and members of the public--and symbolize a connection between arts and sciences that might inspire future generations?

Money could certainly be a reason, but then a thought occurred...

Leonardo Da Vinci was obviously a Dead White Man. Could another reason have been "Social Justice?"


After all, universities in recent years have seemed obsessed with denigrating genius, part of a continuing assault on Western Civilization

So, I took a look at The Hammer Museum website today, and found that while they seem to have not yet sold off their Rembrandts or Impressionists, they have indeed added quite a bit of ghastly contemporary art...and programs on "Social Justice."

The homepage even featured a special section (scroll down) decorated with an ugly picture:

Public programs and exhibitions at the Hammer that have engaged art and ideas on issues of social justice.

Posted by LaurenceJarvik at 6:34 PM 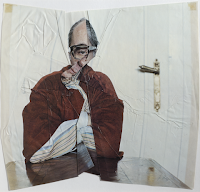 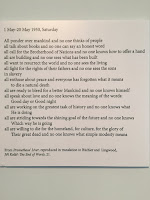 Contemplation of Jiří Kolář's original and compelling collages and poetry -- on display at the American University Museum at Katzen Arts Center in Washington, DC until March 17th -- captures the destructive impact of political commissars upon artistic expression under totalitarianism of many stripes.

President Trump Comes Out Swinging for Free Speech at CPAC 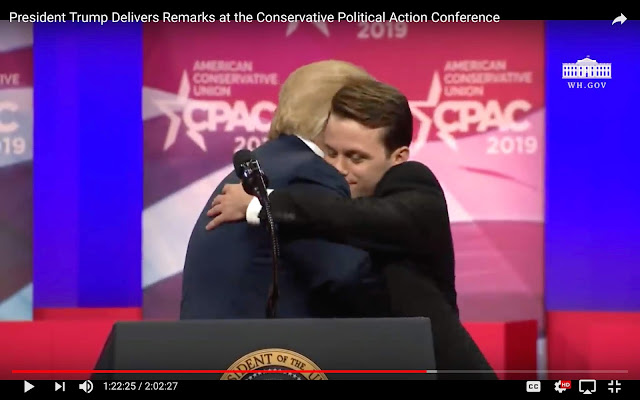 President Trump took a strong public stand on behalf of free speech on campus in his March 2nd speech to the Conservative Political Action Coalition, making it an issue for the upcoming 2020 elections.