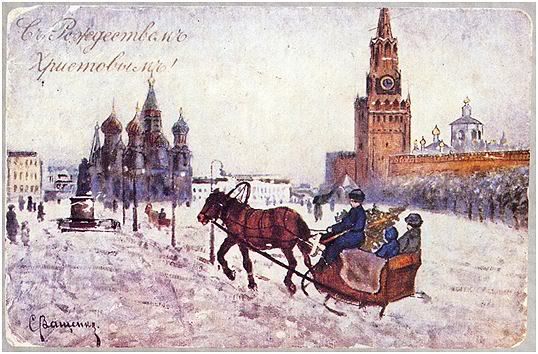 It is the second time Russian connections have led to a resignation of a top Trump official, since Russian intrigues brought down Paul Manafort as campaign chairman shortly after Trump had secured the Republican nomination for President.

However, the Russia Card cannot be understood out of context. In fact, the Russia Card is about more than Russia--for it is also the flip side of the Muslim Card, which Trump deployed against Hillary Clinton and President Obama.

Interestingly, Russophobes also tend to oppose Trump's travel ban, "extreme vetting," and efforts to add the Muslim Brotherhood to the list of terrorist organizations. Likewise, they expressed little public objection to the foreign connections Huma Abedin, whose parents were active in the Muslim Brotherhood, and had alleged links to Pakistan and Saudi Arabia, serving as a top aide to Presidential candidate Hillary Clinton, nor to the Clinton Foundations ties to repressive Islamist regimes. Nor did they object when the so-called "Arab Spring" installed Islamist governments in the Middle East.

This is not a double standard, because it is a single standard, indeed an Islamist standard--because Russia has been at war with Islamic fundamentalists since at least the Soviet invasion of Afghanistan in 1979. Although Islam is one of the officially recognized religions of Russia, some would say the history of Russia has been one of confrontation with Islam since the conquest of Persia in 651. In the 19th Century Tolstoy wrote about fighting Chechens in Haji Murad. They are still fighting Chechens today.

Islamist supporters play the Russian Card like this: Unable to directly defend Islamic terrorism, ISIS, or unlimited Muslim immigration to the United States, they choose to attack Russia to achieve the same ends, playing on ancient--and I believe obsolete and inappropriate--grievances.

They take advantage of lingering resentments among Republicans who are still anti-Russian because Russia was once Communist. When these Republicans see Putin, they see him a Communist commissar, a former KGB officer,  a "thug." When they see Russia, they see it as if it were still the Soviet Union--even though Russia voluntarily withdrew from its former Soviet satellites, allowed some of them to join the EU, and dissolved the USSR.

On the other side, leftist Democrats have lingering resentments that Russia rejected Communism. They are as strongly hostile to Putin as Stalin was anti-Trotsky. When they look at Putin, they see a turncoat KGB agent who sold out to capitalism, suppresses LGBT causes on behalf of Russian Orthodoxy, and who encourages the very Russian nationalism that the USSR suppressed with its "Friendship of Peoples" doctrine (Soviet multiculturalism), therefore another kind of "thug" (like Cuba calls its refugees from Communism "gusanos"--worms).

As a result Russia experiences significant enmity from both the Right and the Left sides of the American political spectrum.

Similarly, Right-wingers don't credit Russia for its support of American troops in Afghanistan, for Putin's crushing the Communist Party, or for co-operation in fighting terror--including unheeded warnings about the Boston Marathon bombers. And Left-wingers don't care that Russia enjoys good relations with China or Cuba.

Additionally, since 9/11 American strategic planners have been unwilling to undertake a full alliance with Russia against Islamist fundamentalism because of objections from Arab Gulf states, and European allies in NATO are suspicious of Russian designs in Europe.

Compounding the problem has been the taboo on public discussion of Islamist terrorism in both Europe and the United States (there is no such taboo in Russia). Since discussion of the actual enemy has been repressed, it is my belief that anti-Russian sentiments have actually been symptoms of psychological displacement--unable to criticize the actual enemies of the United States, the public has been licensed to oppose imaginary enemies, such as Russia, "Global Climate Change," Israel, and "White Privilege."

Exacerbating this phenomenon has been a US foreign policy that is totally unsuited to the dangers facing the country since the fall of the Berlin Wall. Instead of crushing Islamic extremism, America has chosen to pursue essentially an updated version of Britain's 19th Century "Great Game" in the Middle East and Central Asia, attempting to reduce Russian influence, including in Afghanistan, once a Soviet satellite, and Iraq, once a Soviet ally. Seen in that context, wars in the former Yugoslavia, Ukraine, Libya, Syria, the 'Stans of Central Asia, have privileged Islam in order to undermine Russian interests.

Unfortunately, America's strategic planners failed to realize that after the end of Communism, Russia's enemies were also America's foes. They wished to "divide and rule" by setting Russia against the United States, in order to establish an Islamic Caliphate in the contested zones.

This remarkably successful policy has led a number of previously pro-American nations to turn back to Russia for protection and support--including a number of former Soviet nations in Europe as well as Egypt, most recently. Turkey may well be joining them, unless American policy shifts dramatically--endangering NATO itself. Ironically, Britain had supported the Ottoman Empire, the "sick man of Europe," as a bulwark against Russian expansion during the 19th Century.

Today it would appear that good relations with Russia could change the dynamic of international relations in our favor, given the manifest failures of America's pro-Islamist foreign policy. With Russia as a full and equal partner in American foreign policy, the West could make short work of Islamic terror. Russia has a proven track record of success, little discussed in the USA--in Chechnya, of all places, where Putin ground Islamists to dust on the orders of Boris Yeltsin. The same sort of Russian tactics are working in Syria...just as they worked against Hitler during World War II.

That is why the Russia Card is the flip side of the Muslim Card. Attacks on Russia are support for ISIS. There is no "Third Way." There are no "Syrian Moderates." Putin is no more of a thug than American allies such as the King of Saudi Arabia, the so-called "Syrian oppostion," or the leaders of Iran who signed a deal with President Obama. Indeed, one could make the case that he is far more civilized.

While General Flynn's resignation is his own fault,  he is also a casualty of the Great Game between Islam and the West, in which Russia has played and will continue play a central historical role. No victory in this struggle is possible without Russian support. Flynn realized this, and so must any successor.

It is clear from the failure of American policies since 9/11 that only a full alliance with Russia can defeat Islamic terrorism. So after Flynn's resignation, it has become crystal clear that America is at a crossroads:

We must accept Russia as an ally in the struggle against Islamic terrorism, or surrender to an Islamic Caliphate.