Why I'm Voting For President Trump... 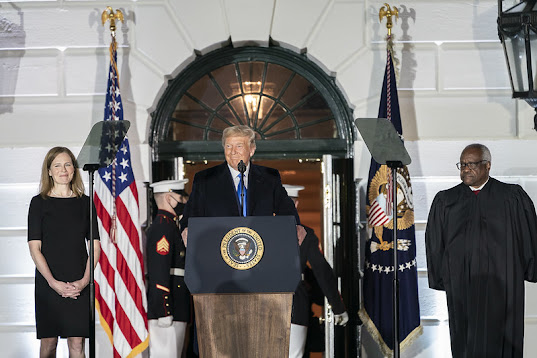 Here are some reasons why I'll be voting to re-elect the President on November 3rd, 2020...

Posted by LaurenceJarvik at 4:50 PM

The Plot Against the President 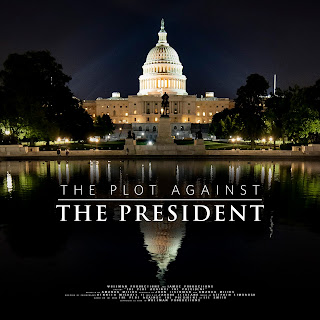 Amanda Milius's important new feature documentary now streaming on Amazon Prime Video is about a story you won't see on Frontline or 60 Minutes...

Trump Beats Biden on Points in Round Two 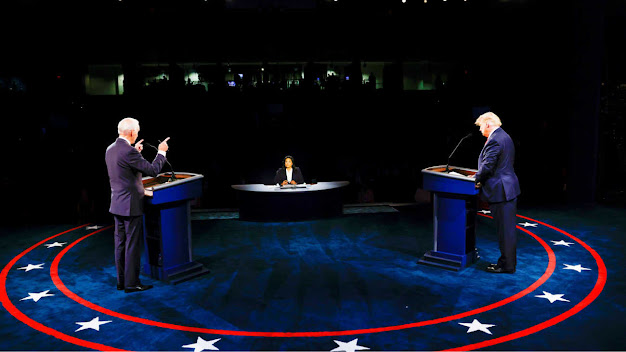 Posted by LaurenceJarvik at 1:31 PM

A Timeline of U.S. Political Transformation by Peter Miller

Because key facts often emerge out-of-synch with real-time events, the ongoing flow of information can be confusing and misleading. Dissemination of deceptive information, or disinformation, occurs most frequently to hide embarrassing, impolitic, or illegal activities, or to justify actions for which no justification really exists. Officials count on the public’s short attention span to shrug off each deceptive statement, allowing themselves to get away with it, until they end up believing their own propaganda. The passage of years gives us the ability to correct the record.

Unlike standard chronologies, this timeline establishes the proper sequence of events by inserting later-revealed facts into the time-slot when they actually occurred, regardless of any real-time misrepresentations. Its chief merit is to show the actual sequence of actions taken by specific individuals on specific dates. Sources include news articles, court filings and judgments, discovery documents, Freedom of Information Act (FOIA) requests, intercepted emails, official reports, videos, social-media posts, and others, many of which were concealed when they occurred. For the purpose of this timeline, the relevant dates are not when the information first saw the light of day, but when the referenced events actually occurred. Inferences are kept to a minimum, but are drawn when the cumulative weight of facts makes them obvious. One useful discipline a timeline imposes is to include only what is tied to a specific date and actor (though sometimes only the month is recalled). Temporal proximity gives a sense of the chaos of multiple events swirling around at a given time, without necessarily implying a causal relation. To be clear about who did or said what, we note that buildings such ‘the White House’ or ‘the Kremlin’ don’t do things; people do. Placing events in their actual sequence suggests patterns of purpose that were left unstated by the principals, and causal relations between seemingly unrelated events. Thus the activities of Uranium One, secret Mideast diplomacy, the explosion of vague ‘about’ queries to the NSA database concerning political opponents, and an elaborate investigation into U.S. election interference all appear related when arrayed in their actual sequence of occurrence. Re-experiencing these momentous events in their real sequence recalls the dizzying speed with which they galloped into view, to be quickly displaced by other momentous events. With this timeline we understand the origins of many revelations that appear shocking only because they seem to come out of nowhere. But they did in fact originate somewhere, in relationships, choices, and actions undertaken years earlier. Some were innocent or at least well-intentioned at the outset; with this timeline we can witness the progression into rule-bending, gray areas, sleaze, coverup, and full-time corruption. Granted the powers of omniscient observers, we can see their predicament and appreciate how difficult it is to do the right thing while a storm is swirling about. Elaborate plans are of no avail in the thick of the moment. At such moments, this is what education, instinct, and procedure are for. Crises seem to bring out inept historical analogies, but it is the ability to fine-tune past experience to the instant situation that matters. Some common-sense of right and wrong, whether derived from religion, philosophy, secular morality, or some other source, is also critical. And, contrary to results-oriented preference, established procedures are also critical. Here we see the importance of ritual — procedure followed for unknown or forgotten reasons — as a restraint on official behavior. The many derelictions of duty documented here might serve as a reminder of the virtue of scrupulous adherance to Constitutional and legal procedure.Perhaps this timeline will also help dispel the collective amnesia, and the tendency to tune-out, that engulfs everyone who tries to make sense of what goes on from day to day. The result will be, I hope, if not perfect transparency, at least some improved clarity.

Posted by LaurenceJarvik at 11:47 AM 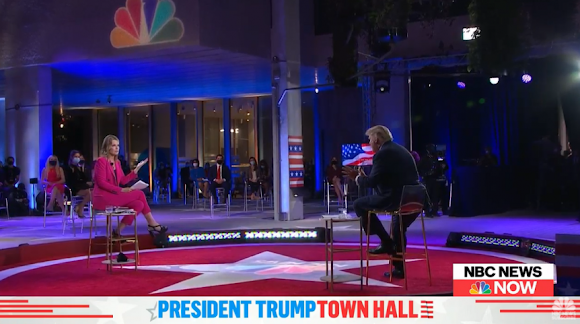 For me the NBC Town Hall wasn't about the issues, Trump v. Biden, or even Trump v. Guthrie. It was about Trump v. Coronavirus....

Posted by LaurenceJarvik at 12:53 PM 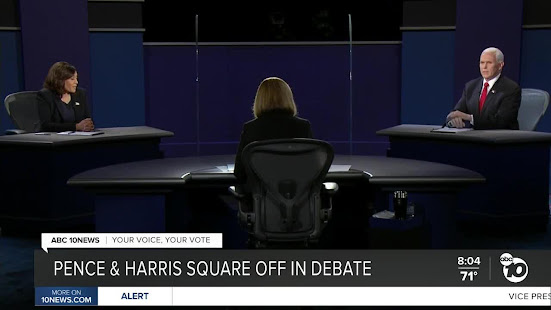 The debate between Vice President Pence and Senator Kamala Harris may have appeared sedate on TV, but it shed plenty of light on differences between Republican and Democratic candidates in 2020...

Posted by LaurenceJarvik at 12:27 PM

Posted by LaurenceJarvik at 1:10 PM