One of the more obscure aspects of the 2016 post-election season has been participation of public broadcasting, both television and radio, in personal attacks on Steve Bannon, currently chief strategist for President-Elect Donald Trump, formerly Trump Campaign CEO, and executive chair of Breitbart News Network.

Recently, NPR Ombudsman Elizabeth Jensen proposed that the network no longer permit conservatives to be interviewed live on-air, following a Morning Edition interview with Steve Inskeep in which Breitbart senior editor Joel Pollak responded forcefully to charges against Bannon as a "white nationalist" -- with his own accusations of NPR racism. After published criticism in Breitbart News as well as elsewhere, an NPR executive announced the network would continue to interview conservatives live on-air, despite the ombudsman's recommendation.

Not discussed was the possibility that perhaps NPR had only allowed Pollak on-air because PBS had not permitted a response to earlier attacks on their air?

Only two days before the NPR interview, PBS Newshour had broadcast a television segment moderated by John Yang in which outgoing Minority Leader Harry Reid denounced Bannon on the Senate floor as a racist:

SEN. HARRY REID, Minority Leader: If Trump is serious about seeking unity, the first thing he should do is rescind his appointment of Steve Bannon. Rescind it. Don’t do it. Think about this. Don’t do it. As long as a champion of racial division is a step away from the Oval Office, it will be impossible to take Trump’s efforts to heal the nation seriously.

This was followed, without rebuttal, by an interview with Bloomberg reporter Joshua Green, who stated: "Breitbart publishes a lot of things that are vaguely racist, anti-Semitic, far, far outside the bounds of what would ordinarily be considered acceptable in U.S. politics."

Yang then joined in for himself:

JOHN YANG: You talk about Breitbart News. We have got some headlines that we can show to give people an idea of what Breitbart News is.
“Bill Kristol, Republican Spoiler, Renegade Jew.”
“Gabby Giffords, The Gun Control Movement’s Human Shield.”
“The Solution to Online Harassment Is Simple: Women Should Log Off.”
How much of Breitbart is Steve Bannon, and how much of Steve Bannon is Breitbart?

In response to this list of putatively extremist headlines,  Green qualified his original attack by backpedaling slightly: "He reminded me a lot of other Wall Street bankers I have encountered, sort of testosterone-addled and vaguely sexist, but certainly not racist or anti-Semitic or some of the more serious charges we have seen thrown him and at Breitbart News."

In other words, although Bannon supposedly published racist and anti-semitic extremist articles, Green hadn't seen any personal behavior of that sort...which somehow made Bannon sound even worse because it appeared calculated rather than sincere.

Again, there was no response from any Breitbart defender, before Yang went on to discuss the appointment of Reince Preibus as Trump's chief of staff.

Bottom line: One segment featured three personal attacks: (1) from a clip of the Senate Democratic Leader; (2) from testimony by a Bloomberg reporter; (3) from headlines read by the moderator.

These three accusations were permitted to air without any defense whatsoever, although PBS could have invited pro-Bannon journalists to balance the critics. Therefore, one may conclude the segment had been calculated to leave an impression that Bannon was a racist, sexist, anti-Semite who ran an extremist publication, and deprive him of a right-to-reply.

Incredibly, the purportedly "conservative" analyst took pains to personally denounce Bannon even before defending an anodyne proposal for increased infrastructure spending, declaring: "Bannon is the interesting case. He is, of course — I do not approve of his news organization or his judgments..."

To which Marcus added her own insinuations of racism and anti-Semitism: "I’m kind of having a hard time seeing the Steve Bannon silver lining here, even with a big infrastructure program, because his Web site and his own history has been so divisive, so hurtful to people of — minorities, people of other faiths. I think having somebody like that in the White House — I understand, to the victor go the spoils, but bringing someone like that inside the White House who you’re going to be listening to is a bad thing."

Yet neither Brooks nor Marcus cited a single example of supposed prejudice from Bannon or Breitbart News, nor did Woodruff ask them to back up their characterization of Bannon with evidence, an indication that she accepted them.

In conclusion, it is clear that the PBS Newshour's recent unfair treatment of allegations against Steve Bannon violated legal requirements that public broadcasting adhere to objectivity and balance in all matters of public controversy, a commitment reiterated in a CPB Board resolution of November 19, 2002:

CPB Board Reaffirms Commitment to Objectivity and Balance
Unanimously
WHEREAS,
It is especially important in these extraordinary times for public broadcasting to provide information to the public about issues of national import in a manner that represents multiple points of view; and
WHEREAS,
The Public Broadcasting Act recognizes the need to treat subjects of a controversial nature in a fair and balanced way. (47 U.S.C. 396(g)(1)(A))
NOW THEREFORE, BE IT RESOLVED,
That the Board of Directors hereby reaffirms its commitment to carrying out this mandate; and
BE IT FURTHER RESOLVED,
That CPB Management must ensure that programming CPB funds comports with this statutory mandate. Management also must continue to work with the system to collectively ensure that all programming is produced in a manner consistent with the high editorial standards that the public expects of public broadcasting.
Resolution Date:
Tuesday, November 19, 2002
Filed Under:
Objectivity and Balance.

One first step to remedy this problem might be replacement of David Brooks as a conservative analyst with a Breitbart News editor, as well as regular inclusion of Breitbart News reporters in the PBS Newshour's roster of hosts, moderators and guests.

Posted by LaurenceJarvik at 12:56 PM

Posted by LaurenceJarvik at 10:13 AM

Posted by LaurenceJarvik at 9:10 AM 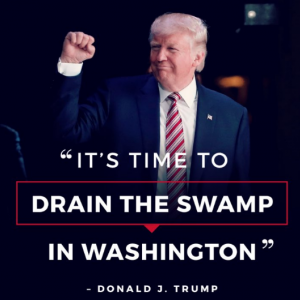 Q: Does the federal government have a role to play in funding the creation and performance of art, or in making art accessible to all Americans? Federal funding for the National Endowment for the Arts currently stands at $148 million. Do you think that funding level is appropriate? What would you request in your first budget as president?

A: The Congress, as representatives of the people, make the determination as to what the spending priorities ought to be. I had the great fortune to receive a comprehensive liberal arts education from an Ivy League institution. What is most important is that we examine how one-size-fits-all approaches imposed by the federal government have corrupted the availability and efficacy of liberal arts education. Critical thinking skills, the ability to read, write and do basic math are still the keys to economic success. A holistic education that includes literature and the arts is just as critical to creating good citizens.


Posted by LaurenceJarvik at 5:59 PM

Hillary's Emails are on Wikileaks...

https://wikileaks.org/clinton-emails/emailid/561
Posted by LaurenceJarvik at 8:53 PM