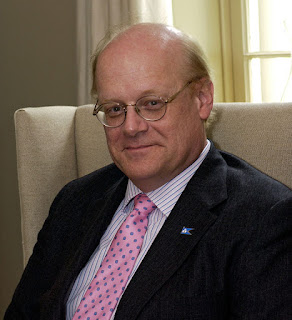 Today's Washington Times ran an op-ed by Professor Allen C. Guelzo  urging the GOP to save the National Endowment for the Humanities, despite the agency's proven track record of enabling anti-American "scholarship" over the years. I was so outraged that I commented on their website:

Absurd self-serving piffle from a self-interested beneficiary of a corrupt system. Thanks to the work of NEH councils ("Soviet" is the Russian word for council, Professor) people in the USA respect our history so much they are now tearing down historical monuments, banning the Confederate battle flag, removing George Washington's plaque from his church, and kneeling for the Star Spangled Banner. "Heck of a job, Guelzo," as Pres. George W. Bush might have said. Somehow before the crypto-Communists and fellow travelers of the NEH took over, Americans respected our history, honored our flag, and learned patriotism instead of anti-Americanism in schools. I think the Princeton History Department worked pretty well teaching history prior to 1965, something Professor Guelzo apparently doesn't know--another indictment of the baneful influence of this corrupt and corrupting Great Society program.

This is the second pro-Endowment lobbying item I've seen the supposedly Conservative/Republican Washington Times, the first being a pro-National Endowment for the Arts oped by Governor Mike Huckabee, father of President Trump's spokeswoman Sarah Huckabee Sanders!

With GOP outlets running commentary like this, one wonders how President Trump will be able to make any serious changes in Washington. Eliminating the NEA and NEH are not only no-brainers--they would deprive the left of cash used to pay anti-GOP--and anti-American--operatives.

Hello, Republicans! How about taking your assailants off your payroll, for starters?
Posted by LaurenceJarvik at 5:03 PM