In the immortal words of Golden Age TV host Ed Sullivan, this year's Republican Convention was "a really big show" that made television great again...

Posted by LaurenceJarvik at 6:55 PM

Posted by LaurenceJarvik at 5:49 PM

I also hold a Ph.D. in Film and Television from UCLA, was Bradley Scholar at the Heritage Foundation, Director of the Washington Office of David Horowitz’s Center for Popular Culture, and taught at Johns Hopkins University’s Carey Business School, the University of Maryland University College, Moscow’s Russian State Humanitarian University as a visiting professor, and the University of World Economy and Diplomacy in Tashkent, Uzbekistan as a Fulbright Scholar.

My books include PBS: Behind the Screen, Masterpiece Theatre and the Politics of Quality, Public Broadcasting and the Public Trust, and The National Endowments: A Critical Symposium. I have testified a number of times before Congressional committees as an expert witness on cultural and media issues, and appeared on radio and television.

I have two feature-length documentary films, Who Shall Live and Who Shall Die? and The Trump Effect: Deprogramming the American Mind, which have been distributed in a variety of formats.

I currently write an online column for TheLatest.com and also have two small publishing imprints, Washington Books and Penny-a-Page Press.

Therefore, I have had both personal and professional experience as a content provider and a small publisher for some two decades.

It is my conclusion from this personal experience, as well as from observation of actions by companies with dominant market share, that Section 230 requires serious reform -- due to bad faith, misleading and fraudulent practices by social media companies which rival the “Quiz Show” and “Payola” broadcasting scandals during the 1950s.

Whether as a producer or consumer, one nowadays can have little faith that purported search results are honest, rankings are genuine,  that people have  not been shadowbanned, locked, blocked, or banned arbitrarily, unreasonably, based on false or defamatory charges, or that others have been boosted by suspicious means.

Initially promised as an open forum to provide a marketplace of competing ideas, much of the internet, especially social media, has become instead corrupted by large corporations pursuing commercial, political and private agendas which conflict with the free exchange of ideas and are inimical to the public interest, good government, and honest competition.

Indeed, political speech, the one form of speech which America’s Founding Fathers judged deserved the highest level of protection, has been specially targeted by social media companies, which have banned Florida Congressional candidate Laura Loomer, among others—while permitting their opponents to communicate.

I’m sure other comments in this docket will provide numerous examples of serious problems, so I’d like to emphasize that by definition one cannot provide a neutral forum while picking and choosing, or boosting and shadowbanning, messages which are preferred over those which are disfavored.

It is a logical contradiction, therefore absurd—and Orwellian.

Sadly, one can’t be sure that content being favored is not being promoted on the basis of favors exchanged between business partners in “off-the books” agreements as happened in the Quiz Show and Payola scandals.

In addition, there is no way to know how cases are actually being adjudicated.

Vague references to “terms of service” often lack specifics as to what exactly the infraction might be—or to any form of due process to rectify the decision. I can’t tell you what qualifications, expertise or experience persons or entities being used to judge such controversies by social media companies might have…and I bet the FCC can’t do so either.

Whenever I have seen media coverage of such issues in a political context, reported “fact-checkers” or other similar judges used by social media companies have appeared to be partisans, selected by unclear and mysterious procedures.

One just cannot serve simultaneously as a neutral platform and a publisher, as Senator Cruz and others have said.

The only reasonable solution to the current conflict over Section 230 is to entirely separate the platform function from the publishing function, in order to cut the Gordian knot.

Just as the telephone company may not refuse to complete a telephone call because they don’t like what someone is saying, social media companies should not be permitted to regulate content on their electronic platforms.

Of course, obscene, threatening, or fraudulent telephone calls are against the law—criminal and civil charges may be brought against those who make such calls. But the phone company cannot deny service on the basis of eavesdropping or complaints from third parties.

The same principle needs to be applied to social media. The FCC or other enforcement bodies need to establish reasonable due process for adjudication of any claims of illegal communication on social media, either at the FCC or in the courts—in order to preserve the rights of the accused and the integrity of neutral platform. Some sort of FCC bureau may need to be established to perform this function.

However, social media companies must be stripped of their rights to alter, edit, boost, ban, shadowban, trend, or affect the ranking of content in any way that is not completely neutral, objective, fair, open, honest, unbiased, and apolitical..

If individuals find a tweet or post offensive, they are free to unsubscribe, block, or delete it—but they don’t have the right to censor it.

Social media companies are at present serving two masters by simultaneously acting as platforms and publishers.

To solve this problem, the FCC must force social media companies to choose one or the other:  Either to become publishers legally responsible for content they provide, or to become truly neutral platforms which do not interfere with freedom of speech.

In my opinion, for FCC action in this regard is long overdue, especially during an election year in which social media companies play a significant role.

Posted by LaurenceJarvik at 5:16 PM

Interview with James Kurth about THE AMERICAN WAY OF EMPIRE

James Kurth talks about the influence of Samuel Huntington's CLASH OF CIVILIZATIONS, briefing US Secretary of State Mike Pompeo on China, why General Douglas MacArthur provided a model for dealing with Asia, how George Soros sponsored a chapter, and his upcoming book on the Coronavirus crisis, inspired by St. Agustine's CITY OF GOD.

Posted by LaurenceJarvik at 11:31 AM

The Audacity of Chutzpah 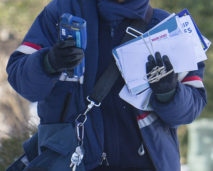 Posted by LaurenceJarvik at 5:38 PM

Dear Mr Boggs,Thank you for a very interesting and informative article on the applicability ofthe Insurrection Act of 1807 to the current riots in American cities. The linkwas sent to me by Laurence Jarvik in response to his article on BLM and Antifapossibly owing reparations for damage they have caused:https://thelatest.com/tlt/antifa-black-lives-matter-democratic-party-could-owe-americans-reparations-reparations-black-lives-matter-1596485365It is quite helpful to have the original Insurrection Act, its applications, andthe exegesis of Latin terms defining applicability, or not, of the insurrectionexclusion to insurance claims.I gather from your article that insurance companies will pay damage claims dueto rioting regardless of whether the Insurrection Act is invoked. Thisconclusion appears to be based on a reading of the minds of the rioters thatthey do not intend to overthrow the (Federal?) Government, i.e. that the riotsare random acts not attributable to any organized plan of revolt. This raisesthree questions:(1) What was the purpose of the bricks, shields, fireworks explosives, lasers,and incendiary devices delivered to rioters? Were these deliveries made by someorganization that supplied funds, transportation, and staff, and if so, wouldthat level of organization fit the legal definition of insurrection?(2) A novel feature of the current riots is that Mayors and Governors appear tobe encouraging them or are 'in cahoots with' the rioters. (That's not Latin, butI trust the meaning is clear.) Local officials' explicit orders to police torefrain from taking action to quell violent law-breaking, their sudden removalof funds from police departments, disbanding of plain-clothes police units in atleast one city (New York), and their public endorsement of rioters' politicalgoals indicate a substantial degree of collaboration with those engaged inviolence, arson, and other illegal activities causing widespread property damage(as well as loss of life, and injury). Indeed, unprecedented though it may besince the Civil War, if any insurrection may be said to exist, it is one inwhich insurrectionists have ALREADY CAPTURED local and State Governments. Thequestion then becomes: Would the insurrection exclusion apply to an effort bylocal and State Governments, using BLM and Antifa as their militia, to overthrowthe Federal Government?(3) If later evidence were to disclose a substantial degree of insurrectionistorganization, planning, intent, and purpose behind the riots in 20 or moreAmerican cities, how would such evidence affect the insurrection exclusion? Ican only speculate on the nature of the evidence that might be found, but therecould be a trail of documents, emails, and phone conversations related to thepurchase and deployment of vehicles, explosives, lasers, incendiary devices, andother materials and equipment not normally readily at hand. Websites and socialmedia sites have enabled calls for 'volunteers' who are paid to assemble atpre-arranged times and places to await instructions from organizers. Of coursethe language of such calls fits the 'peaceful demonstration' narrative wherebysaid 'peaceful demonstrations' 'intensify', as one news source put it, intoviolent rioting. Would such evidence 'trigger' the insurrection exclusion?I am neither an insurance expert, nor do I have any bias (that I am aware of) infavor of or against insurance companies. I am certainly sympathetic, as anyonemust be, to the business owners and individuals all across the United States whohave suffered collectively billions of dollars of damage to their propertycaused by rioters and their collaborators in local and State Government. For thesake of the communities that rely on the services those businesses provide, Ihope they can be made whole as soon as possible.If insurance companies do not seek relief from claims-payments obligations viathe insurrection exclusion, then the cost of the damage from the current riotswill likely be paid by policy-holders in general, through increased premiums.That might be considered an instance of the fundamental insurance principle ofrisk-spreading. That, however, raises the further question of 'moral hazard'similar to what occurred with Federal bailouts of mega-banks during the lastU.S. financial crisis. Could insurance payouts reduce societal incentives toplace financial responsibility where it belongs, namely on the riotersthemselves, and their sponsors? The risk, from both an insurance-company andsocietal perspective, is that further riots (whether or not they are deemedinsurrections) with even greater loss of life, injury, and property damage willbe 'baked-in' to any arrangement that does not exact financial responsibilityfrom those who are in fact responsible.Again, thanks for your article, which as you can see from the above, isthought-provoking.Sincerely,Peter Miller
Posted by LaurenceJarvik at 10:35 AM