Memo to Congress: Go Ahead and Kill Big Bird! 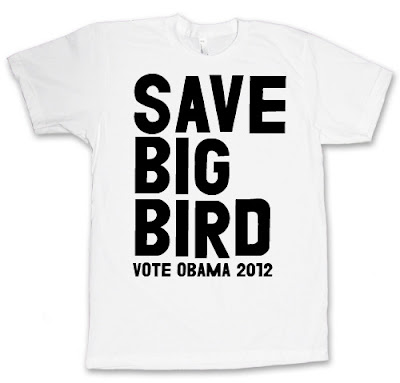 While conservative commentators such as Brent Bozell & Tim Graham , Joel Pollak and Tammy Bruce  have rallied around President Trump's call to de-fund federal cultural agencies such as PBS, NPR, and the National Endowments for the Arts and Humanities, the "organs" have predictably begun their illegal scare campaigns for funding, by threatening to "kill Big Bird".

Twenty years ago I worked on this issue for the Heritage Foundation and David Horowitz, and discovered that although PBS, NPR and the cultural agencies spent much of their time and money attacking the GOP, they were protected by Republicans from budget cuts. Indeed, after Congress "zeroed-out" funding for the National Endowment for the Arts, the Senate restored it in conference--despite the "Piss Christ" fiasco

Now, twenty year later, arguments made on behalf of the cultural agencies in the 1990s are revealed to have been hollow lies. Free speech? Not so much...the NEA for some reason never funded an exhibition featuring a photograph titled "Piss Mohammed." Non-Commercial? Again, not so much, as the Muppets are owned by Disney and Sesame Street airs on HBO. Providing resources not available elsewhere? Nope. YouTube, Amazon, Netflix, Hulu, Pandora, Spotify, iTunes, and podcasts of all kinds  provide free or low-cost educational programming that once was the purview of PBS. Current affairs? Sorry, Charlie, the American public has access via C-Span and a plethora of online public service options dedicated to everything from city council meetings to university lectures. Education? Available free from EdX, Coursera, OpenCulture, Harvard's Open Learning Initiative, and dozens of other providers. Children's programming? Any iPad has more educational software available than your local PBS station.

So, what do PBS, NPR and the cultural agencies provide that can't be found elsewhere? The answer is simple: political propaganda of a predictably progressive tilt, combined with lucrative paydays for politically-correct and politically-connected cadre...all wrapped in a package with British sitcoms, antiques shows, and costume dramas -- now available directly from the BBC and ITV on Britbox.com.

Add to this the realization that in some 50 years of broadcasting, Sesame Street has not eliminated the achievement gap in education--its declared purpose as a Great Society Program--there is simply no rationale other than interest group politics for the continuation of federal funding. Sesame Street may be a great business success at selling toys and other merchandise, but it has clearly and demonstrably failed in its educational mission aimed at the underprivileged.

Sadly, the impact of the twin Endowments since the GOP saved them from extinction in the 1990s has been to further the transformation of the art world and humanities into Politically Correct wastelands, phenomena documented extensively by authors like Bruce Bawer and Roger Kimball.

Bottom line: In the past 20 years, American culture has gone from bad to worse, thanks in no small part to the record of federal cultural agencies saved by the GOP in the 1990s. To begin a turnaround around, start by cutting off funding to the CPB (PBS, NPR & Pacifica), NEA & NEH, to send a strong signal that the new Administration is serious about change.  Far from fearing the charge of killing Big Bird, Republicans should embrace it, as an example of Schumpeterian "creative destruction," in order to make room for something better.

Go ahead, make my day.

Posted by LaurenceJarvik at 2:07 PM 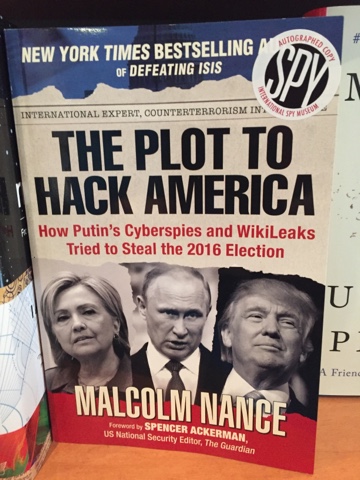 Visiting the International Spy Museum bookshop in Washington, DC a while ago, a paperback on one of the tables caught my eye. It was titled: The Plot to Hack America: How Putin's Cyberspies and Wikileaks Tried to Steal the 2016 Election. Author Malcolm Nance is a career intelligence agent who has written for The Huffington Post and heads an organization called TAPSTRI: The Terror Asymmetrics Project on Strategy, Tactics & Radical Ideology. His book was published in October 2016, before current headlines charging Russian hacking on behalf of the Trump campaign, indeed before the victor of the 2017 election had been decided. That was curious. How come I haven't seen this book mentioned in press coverage of President-Elect Trump?

I didn't read the book, I confess, but judged it by the cover, and after a quick flip of the pages decided it resembled a file produced for Hillary Clinton in another era:  Chris Lehane's "Vast Right-Wing Conspiracy" memo (originally called the "Communication Stream of Conspiracy Commerce"), which appeared during the Monica Lewinsky scandal in 1995 to discredit critics of President Clinton.

Which is to say, even without reading it, Hillary Clinton's fingerprints were all over Russian Hacking allegations, because it fit her M.O. during the Impeachment of President Clinton, a conspiratorial--dare one say Nixonian--world view in which dark forces were conspiring to undermine her. They were out to get the Democratic Nominee...

Posted by LaurenceJarvik at 1:20 PM