David Irving and the Islamist Threat 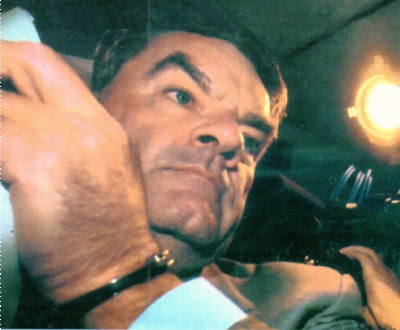 The arrest of David Irving in Vienna on charges of denying the Holocaust is an interesting development. In a Spectator column calling for his release, titled Let Irving Speak, Rod Liddle noted that there was an Anglo-Saxon free speech issue involved, and asked:

Are we agitating for his immediate release? Has Jack Straw summoned the Austrian ambassador for an explanation? You're having a laugh mate. What about Amnesty International UK? They do excellent work on behalf of prisoners of conscience, i.e., people who are put in prison simply for stating an opinion. Not a hope. Its spokesman told me that it would not be petitioning on Irving's behalf because his views could incite hatred. So sod the freedom of conscience stuff on this occasion then.

Certainly the threat currently facing Austria is less great than in many other countries. Yet there apparently is a basis in law and history for their actions to circumscribe free speech.And the "international community" defers to Austria, rather than condemning their actions.

Yet, Austrians haven't acted on the basis of anti-semitic incitement for a couple of generations. But Islamist anti-semites have incited violence around the world. One prominent Holocaust denier who calls for Israel to be wiped off the map happens to be president of Iran--and is supporting global guerrilla movements and their front organizations. Given that there have been actual terrorists acts inspired by Islamist rhetoric little different from David Irving's it is strange that groups like Amnesty International apparently take a threat from David Irving seriously, but not the very real threat from Islamist organizations that celebrated the attack on the World Trade Center, the bombings and riots in London, Madrid, Istanbul, Bali, Algeria, Tunisia, Egypt, Jordan, the Phillipines, India, Chechnya, Uzbekistan, Russia, France--and Israel, of course.

If David Irving is indeed a threat to Austrians in the view of human rights NGOs, then Western human rights groups might also consider that Islamist anti-semites and holocaust deniers are at least equally a danger -- and stop their vigorous defense of an obvious worldwide incitment to violence by Islamists that makes David Irving look tame by comparison.
Posted by LaurenceJarvik at 4:36 PM