Memo to the President-Elect: Time to Establish a Cabinet-Level US Department of Industry 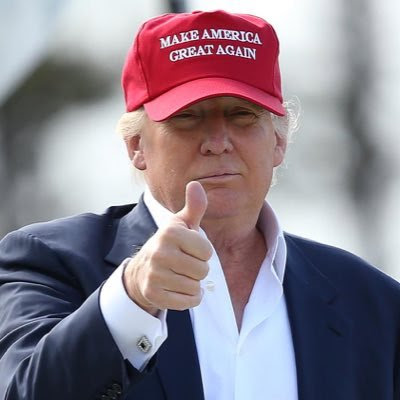 It's the time of year when think-tanks, political consultants, lobbyists, corporations, unions, and NGOs are busy developing recommendations to the incoming administration which might help their cause.

Knowing that the inboxes and Twitter feed of the Trump Transition are filling up with white papers, memoranda, reports, and articles suggesting agenda items for the first 100 days, I've taken the liberty of coming up with one of my own to help Make America Great Again:

*ESTABLISH A CABINET-LEVEL US DEPARTMENT OF INDUSTRY.

The de-industrialization of the United States did not happen by accident. Rather, it was the result of deliberate policy decisions to encourage development of a Post-Industrial Society made over at least the past half-century, based upon theories of economic development which held that as societies progress they inevitably evolve from agricultural, to industrial, to service economies in a sort of Darwinian evolution. To re-industrialize America after fifty years of Post-Industrialism will require a laser-like focus that only a Cabinet-level Department could provide.

In each case, serious issues required the attention of the President and his Cabinet--and the only way to insure that attention was with a new Department. Today's Manufacturing Crisis is obviously as severe as the Energy Crisis, the Environmental Crisis, the Education Crisis, the Veteran's Crisis, the Drug Crisis, hurricanes, fires, earthquakes, or floods, and the Terrorism Crisis after 9/11.

In this manifesto, the Rousseau-like author of Deschooling Society declared his opposition to Industry:


I want to show that two-thirds of mankind still can avoid passing through the industrial age, by choosing right now a postindustrial balance in their mode of production which the hyperindustrial nations will be forced to adopt as an alternative to chaos.


A society committed to high levels of shared learning and critical personal intercourse must set pedagogical limits on industrial growth.

A new type of society is now being formed. These new societies can be labeled post-industrial to stress how dif­ferent they are from the industrial societies that preceded them, although-in both capitalist and socialist nations­ they retain some characteristics of these earlier societies. They may also be called technocratic because of the power that dominates them. Or one can call them programmed societies to define them according to the nature of their production methods. and economic organization. This last term seems to me the most useful because it most ac­ curately indicates the nature of these societies' inner workings and economic activity.


Finally, we have Daniel Bell's conclusion that a post-industrial society would be a "communal" society:


It seems clear to me that, today, we in America are moving away from a society based on a private-enterprise market system toward one in which the most important economic decisions will be made at the political level, in terms of consciously defined "goals" and "priorities." The dangers inherent in such a shift are familiar enough to anyone acquainted with the liberal tradition. In the past, there was an "unspoken consensus," and the public philosophy did not need to be articulated. And this was a strength, for articulation often invites trials by force when implicit differences are made manifest. Today, however, there is a visible change from market to non-market political decision-making...

...Whether such a change will represent "prog­ress" is a nice metaphysical question that I, for one, do not know how to answer. This was a society "designed" by John Locke and Adam Smith and it rested on the premises of individual­ism and market rationality in which the varied ends desired by individuals would be maximized by free exchange. We now move to a communal ethic, without that community being, as yet, wholly defined. In a sense, the movement away from governance by political economy to gover­nance by political philosophy-for that is the meaning of the shift-is a return to pre-capitalist modes of social thought. But whether this be progress or regress, it clearly makes it incumbent upon us to think more candidly and rigorously about our values, and about the kind of world we wish to live in.

You don't have to be a sociologist or an economist to realize that the 60's intellectuals were calling for a program of de-industrialization in order to bring about socialism, although at the time they apparently didn't feel free to say so directly.

The problem seemingly, was that the working-class had become insufficiently revolutionary and too individualistic, materialistic, and competitive. In the 1960s, the American factory worker had become a problem--so the factories would have to close. To bring back that pre-industrial lifestyle...

Now comes the moment where we realize the Utopian fantasies of the socialist intellectuals were dependent upon something rather darker. For, just as in Stalin's time, or Hitler's, if you weren't going to pay workers a living wage, someone would have to do the job for free (or as close to it as possible): thus, Slave Labor.

So, the export of American jobs to realize the "Post-Industrial Society" was, like the leisurely lifestyle of the Ante-Bellum South, dependent upon the ruthless exploitation of slave labor abroad and illegal alien labor at home paid sub-standard wages. Because it might offend the sensibilities of Americans to see this, the slave system of industrial production was kept off-shore, or in the case of illegals, in the shadows--out of sight, out of mind.

However, as Milton Friedman has noted, in economics there are always trade-offs, even for a "Post-Industrial Society." In this case, one trade-off in addition to the dependence upon slavery or virtual slavery, was increasing impoverishment of what was once the world's most affluent working class...for jobs sent abroad did not recycle dollars into the American economy, did not pay taxes, and did not stimulate growth. Rather, they "milked" the existing system, transferring wealth from one place to another, with profits skimmed by the new class of "symbolic manipulators" working in the professional, technocratic, and financial sectors.

Paradoxically, the "Post-Industrial Society" turned out to be dependent upon a traditional industrial base--factories and workers--just located in other countries or illegal sweatshops. Likewise, the vaunted high-paid technical and "knowledge sector" jobs started to follow the factory jobs elsewhere.   The "Post-Industrial Society" wasn't post-industrial after all. It was in reality a slave society dependent upon an exploited working class located somewhere else, or not legally acknowledged.

Result: increasing frustration and resentment among the American population left out of the bubble economy created by what Ross Perot called a "giant sucking sound." When the numbers affected eventually hit a tipping point in 2016, the country gave Donald Trump a mandate for change.

However, to implement this mandate will be extremely difficult for President-Elect Trump. All entrenched beneficiaries of the status quo will fight very hard to protect their current privileges. That goes double for existing government departments.

Traditional "conservative" attempts to cut government frequently mean that only the hard-core "burrowed-in" opponents of change survive the RIFs in federal agencies--then work night-and-day to undermine, subvert, sabotage, block and defeat the initiatives of the new President.

That is why it is imperative to create a new Cabinet Department, reporting directly to the President, in full view of the public, dedicated to the primary mission of the Administration: Making America Great Again. New hires for this large department--which could do for American Industry what the US Department of Agriculture did for American Agriculture, all joking and complaints aside the most successful agricultural sector in the world today is American--would have what are essentially lifetime government jobs and thus be better able to continue the Trump vision long end-of-term. In this regard, the bigger the agency, the better, given the way Washington works. Like the EPA, once planted, the Department of Industry would prove difficult to uproot.

A US Department of Industry could work with both the for-profit and non-profit sectors of the country to develop the eco-system necessary to restore American industry to pride of place in the world--able to compete and beat the Germans, Japanese, Chinese, Mexicans and anyone else when it comes to productivity, quality, price, and convenience.

In addition to economic benefits, there are serious national security implications to having the US military dependent on foreign manufacturers for high-tech and often classified weaponry, control systems, and software. Long supply-lines, transit times, and vulnerable supply chains make the country susceptible to economic warfare. Domestic production could give us peace of mind--and leverage in international negotiations.

Finally, there is the sociological benefit to be derived from a focus on Industry. The "Post-Industrial Society" was also a "Leisure Society." But as Max Weber pointed out in The Protestant Ethic and the Spirit of Capitalism, that there is a moral element to capitalism, quoting Benjamin Franklin:


Remember, that time is money. He that can earn ten shillings a day by his labor, and goes abroad, or sits idle, one half of that day, though he spends but sixpence during his diversion or idleness, ought not to reckon that the only expense; he has really spent, or rather thrown away, five shillings besides.[...]Remember, that money is the prolific, generating nature. Money can beget money, and its offspring can beget more, and so on. Five shillings turned is six, turned again is seven and threepence, and so on, till it becomes a hundred pounds. The more there is of it, the more it produces every turning, so that the profits rise quicker and quicker. He that kills a breeding feline taint, destroys all her offspring to the thousandth generation. He that murders a crown, destroys all that it might have produced, even scores of pounds.

A re-industrialized America will be an America that works, and a Department of Industry can therefore be an important catalyst to Make America Great Again. To quote Weber again:


We shall nevertheless provisionally use the expression 'spirit of capitalism' for that attitude which, in the pursuit of a calling [berufsmäßig], strives systematically for profit for its own sake in the manner exemplified by Benjamin Franklin."

And that is an old Republican struggle--dating to the battle between Free Labor in the North and Slave Labor in the South that created the Party of Lincoln.

Even a "Never-Trumper" like Richard Lowry has pointed out Lincoln's belief in the Work Ethic on Breitbart.com:

Another "Never-Trumper" even proposed establishing a Department of Business: President Barack Obama floated the concept in 2012:


Under the president's original proposal, six different commerce and trade agencies, including the Office of the U.S. Trade Representative and the Export-Import Bank, would be brought under one roof. The president also said the SBA should be elevated to a Cabinet-level position. Obama blamed Congress for inaction on the proposal.

"The reason we haven’t done that is not because of some big ideological difference," the president said in his interview, taped Saturday and aired Monday. "It has to do with Congress talking a good game about wanting to streamline government but being very protective about not giving up their jurisdiction over various pieces of government.

I bet Donald Trump could succeed where Obama failed, by fine-tuning the proposal to focus on rebuilding American Industry. He could tweet the words of President Lincoln in defense of his industrial policy:


"No country can sustain, in idleness, more than a small percentage of its numbers. The great majority must labor at something productive."

Which might be an inspirational quotation to carve in stone at the entrance to the headquarters of the US Department of Industry, when President Donald Trump cuts the ribbon on Opening Day in 2017.

One speculative postscript: Someone like Peter Thiel might make an inspiring choice for the first US Secretary of Industry.

Posted by LaurenceJarvik at 5:36 PM

Posted by LaurenceJarvik at 11:32 AM