Banned in Berkeley! Free Speech After the Ann Coulter Affair 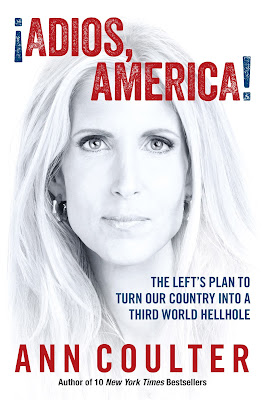 On April 27th, 2017, Ann Coulter did not give a speech at the University of California, Berkeley. Nor did she appear at a rally of her supporters at Berkeley’s Civic Center Park, despite prior statements teasingly suggesting a promise of her appearance, such as:

“I’m not speaking. But I’m going to be near there, so I might swing by to say hello to my supporters who have flown in from all around the country...I thought I might stroll around the graveyard of the First Amendment.”

However, as ABC News reported: "Coulter had publicly floated the idea of making a controversial visit to Berkeley despite the cancellation, but did not show."

For some reason (I will proffer my theory as to why this is at a later time), no one in official “conservative-dom” has devoted any coverage to what the internet now hails as “the Battle for Berkeley.”

Nor has anyone, including Ann Coulter herself, mentioned that lots of men are planning on descending upon Berkeley once again to protect her. The Oath Keepers—retired law enforcement officers and military veterans; Civil Defense Action; the Three Percenters; Bikers for Trump; and the Proud Boys—these are some of the groups that helped numerous other patriots, like the overnight internet sensation, “the Based Stickman,” rid Berkeley of “anti-fa” terrorists on April 15. They have been busy recruiting supports for Ann’s speech. One quite famous Youtube personality claimed to have offered $1,000 to each person who traveled to Berkeley to greet Ann and meet head-on the terrorists.

We can't know everything that goes on behind he scenes, and there may be a better explanation, but at this point it looks like Ann lost her nerve when faced with the possibility of a Milo Yiannopoulos-style riot.

That may have seemed like a good call, as the College Republicans and YAF had withdrawn their official invitations. However, from reading press accounts, there were clearly students interested in her message--and interested in standing up to the Antifa Bullies of Berkeley--such as Kiara Robles, a Trump-supporting victim of mob violence at Milo's event:

Kiara Robles, a 26-year-old gay Trump supporter who works at a bitcoin company, said she was disappointed to be attending a rally instead of a Coulter speech.

Subsequently, one of my friends told me that he would never buy another Ann Coulter book again-- because she didn't have the guts to show up after telling TV audiences that she'd talk into a megaphone if necessary on April 27th.

Personally, I'd buy another book if Ann provided a reasonable explanation for disappointing supporters at crunch time.

However, until then,  I'd have to say that her non-appearance actually was a defeat for the First Amendment, for Free Speech, and for the rights of Trump-supporters, conservatives, libertarians, independents, and even the non-politically inclined.

In my opinion, the denoument of Coulter's Berkeley affair demonstrated that Republicans and Conservatives just will not stand up for their principles, when push literally comes to shove.

Further, Coulter's public climbdown emboldened Democrats and Leftists to openly declare their opposition to Free Speech, something that I had not heard from a former Presidential candidate, DNC Chair, and State governor before--Howard Dean's declaration that:

Hate speech is not protected by the first amendment.

This is NOT protected speech under the first amendment. Check Chaplinsky V New Hampshire SCOTUS 1942.

Although other Democrats including President Obama and media figures paid lip service to Coulter's rights at Berkeley, once the issue was moot, in my opinion Howard Dean's remarks represent the reality--the opening of an Overton Window to the criminalization of dissent in the United States.

College campuses can be seen as a testing ground for this policy--and a highly successful test it has been to date. The banning of Coulter, Horowitz and Milo from Berkeley represents the next stage in "repressive intolerance," to paraphrase Herbert Marcuse.

Once upon a time, the college campus was a place for the robust exploration of diverse points of view, and the Liberal Arts were designed to teach free individuals the arts of liberty. Indeed, prior to the Free Speech Movements, in order to protect democratic debate, totalitarians such as Communists were banned from campus. The unrest of the 1960s changed that, opening universities to fanatical speakers of varying stripes. The next stage systematically eliminated non-Leftist faculty members in the once Liberal Arts, using a variety of techniques, even changing the name of the field of inquiry to the more scientific-sounding "Humanities." A system of bureaucratic and ideological obstacles was established which prevented non-Leftists from entering the academy as faculty members. The official curriculum was transformed into something resembling that of a Higher Party School in the former Soviet Union, especially following Jesse Jackson's 1987 visit to Stanford to lead a crowd to chant:

However, at least until 2017, Conservatives, Republicans, and others had been permitted to give lectures to students as visiting guest speakers. No more.

The Coulter affair, it seems to me, signals that era has ended. From now on, any non-PC speaker is at risk in an unsafe, hostile environment. Furthermore, they are not protected either by the 1st or 14th Amendment, because their views have been declared "beyond the pale."

While ordinary people still clearly support Free Speech, the weakness and irresolution of the GOP, their refusal to fight, and the abandonment of the field in Berkeley to the enemies of Civilization by all concerned.

This concerns me on a personal level, for as a UC Berkeley alumnus I studied Philosophy at a time when dissenting opinions were welcomed at Cal--John Searle and Paul Feyerabend, among others, were on the faculty and certainly did not follow the Party Line. At the time the UC Berkeley motto, "Let There Be Light," seemed a meaningful statement of the Enlightenment project of the University.

It also affects me as one who later worked for David Horowitz and with Ann Coulter when she was an aide to former Sen. Spencer Abraham (R-MI).

It is not a matter of "cowardly administrators" or "snowflakes." University administrators are objectively supporting PC campus censors, they are with them, not against them, and should not be allowed to hide behind the excuse of cowardice--they are not afraid to denounce President Trump, for example...and likewise, so-called "snowflakes" are manifestly little more than grievance collectors filing false charges to defame and intimate their non-PC victims--using campus regulations that may themselves be unconstitutional violations of the 14th and First Amendments.

As one may see from political deployment of charges of "sexual harassment" since the Clarence Thomas hearings, unless the GOP and the Trump Administration take very seriously indeed the threat to free speech and free inquiry on PC American college campuses, the time may not be far off when simply being a Republican, Libertarian--or even an Independent--becomes punishable under law as a "hate crime."

And that really would mean, "¡Adiós, America!" 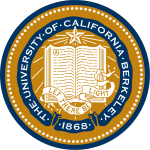 Posted by LaurenceJarvik at 7:13 PM