In a blog post titled The Math and the Map, Mark Steyn analyzed Presidential election results from George Bush the First to the present, to conclude that Democrats have may an advantage over Republicans for the foreseeable future due to demographic trends. He blamed Karl Rove's "Red State/Blue State" strategy:

The red state/blue state division has been horribly unhealthy in a civic sense: It's given us the worst of all worlds - a hyperpartisan public discourse that provides a tedious and pointless vaudevillian cover for the cozy bipartisan Washington conspiracy that's screwing over your future 24/7 regardless of who's in office. Oceania has always been at war with Eastasia, Rethuglicans are always at war with Demo-rats, and hey, let's toss another trillion into the great sucking maw of the federal leviathan.

Steyn's analysis of the electoral map discusses America's low voter turnout, but in hewing to a demographic determinist worldview fails to analyze what seems a far more significant development--the rise of Independents at the largest voting bloc in the USA, significantly outnumbering either registered Democrats or Republicans.

Interestingly, according to the Gallup Poll, 42 percent of Americans now identify as Independent, versus 29 percent Democrat and 26 percent Republican.

Eight years ago, in 2007, 39 percent of Americans identified as Democrats, and 28 percent Republican. Which means the GOP has lost 10 percent of their electoral market share while Democrats saw 25 percent of their party voters disappear during the same period.

Which is to say, both parties have been shrinking--but the Democrats have been shrinking more than twice as fast. The rate of change is as significant as the raw numbers involved. And these statistics make one question a purely demographic approach to elections. If Gallup trends are correct, something other than demography is at work.

My guess is that Americans are "voting with their feet" and exiting the two established political parties in disgust. This anti-establishment sentiment is reflected in the rise of Donald Trump in the GOP and Bernie Sanders in the Democratic Party.

It does not hurt either candidate that they were not Party loyalists. Because Americans are voting against both parties. An analysis of the Gallup numbers suggests there is room for new parties among the American electorate at this time. However, it may be the federal regulatory and financing regime established by statute and custom (especially after Ralph Nader cost Al Gore the Presidency in 2000) makes it too difficult for third and fourth parties to compete--until the Supreme Court declares such thumb-on-the-scale incumbency protection unconstitutional, as a violation of the First Amendment.

Which is why both parties are facing insurgencies. Unable to challenge the GOP and Democratic parties externally, the now vocal majority has been forced to do so internally, which explains the bitterness and intensity of the 2016 Election.

Posted by LaurenceJarvik at 1:15 PM

I Have Seen The Future...in Hail, Caesar! 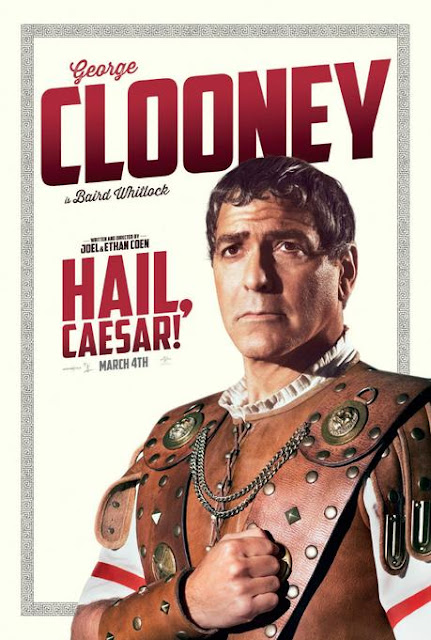 Hail, Caesar! is funny for old movie buffs. It pays homage to Hollywood Westerns, Musicals, Drawing Room Melodramas, Film Noir, and Bible Epics, among other genres. It has an All-Star cast, plus nice singing, dancing, and rope tricks. You could play Trivial Pursuit for hours with cinematic references both missed and noticed.

However, in addition to being superb entertainment, the film is  filled with astute political analysis, for the major plot device, upon which the entire story of Hail, Caesar! hinges, is the infiltration of 1950s Hollywood by Communists at every level--from movie extras to screenwriters to stars.

In this film, they work as a criminal gang which calls itself "The Future." Which makes Hail, Caesar! a meditation on the past--a form of Ancient History, with the studios as our American equivalent of Roman Ruins: The Glory that was MGM! The Grandeur that was Paramount!

The type of Biblical Epic in which George Clooney stars in Hail, Caesar! has become so politically incorrect these days that it is now the province of fringe production companies or Mel Gibson. Yet in the 1950s, "the Story of the Christ" was bread-and-butter to Hollywood studios.

In Hail, Caesar! the pivotal Communist cell--named as such by narrator Michael Gambon (Harry Potter's Dumbledore)-- is composed of screenwriters who kidnap and brainwash Hollywood star Baird Whitlock (Clooney) in a Malibu beach house. They subsequently attempt to turn over the ransom money along with a defecting Musical Comedy star to a waiting Soviet submarine, so that it might be used by Moscow to spread revolution--because, they say, merely putting Communist messages in Hollywood films is no longer enough.

In a telling scene, the Hollywood cell is joined by a Professor Marcuse (John Bluthal, Professor Pacoli in The Fifth Element), smoking a pipe and speaking with a German accent, just as the real-life communist professor, who served as intellectual father to the New Left during the 1960s, did. Marcuse's critique of "false consciousness" is alluded to in Bluthals dialectical explanation of history and economics to the kidnapped Clooney.  In his real-world essay "Repressive Tolerance," Marcuse also called for censorship of politically incorrect perspectives:

They would include the withdrawal of toleration of speech and assembly from groups and movements which promote aggressive policies, armament, chauvinism, discrimination on the grounds of race and religion, or which oppose the extension of public services, social security, medical care, etc.

A leading light of the Frankfurt School, as Wikipedia tells us, Marcuse had been an OSS agent during World War II, CIA analyst after that, and eventually chief of the US State Department's Central European section until 1951, when he went into academia and gave birth to the theories calling for revolutionary alliances between students, intellectuals and oppressed classes other than workers (such as Blacks, Hispanics, Women and Homosexuals), since the working class had become unreliable due to material prosperity. He was an influence on Angela Davis, Abbie Hoffman, and others, as well as a friend of scholars like Barrington Moore and Noam Chomsky (who criticized his work). 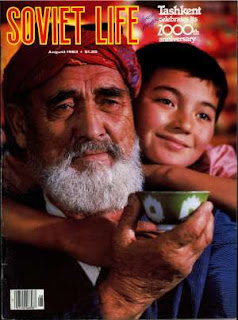 While presented as satire, the Hollywood cell in Hail, Caesar offers a convincing portrayal of the type of thinking prevalent among Hollywood Communists, including stultifying "study group" meetings, endless discussions of economics and class struggle, and the reading of Soviet Life magazine in luxurious beach houses. The Soviet submarine is undoubtedly a cinematic reference to the 1966 comedy, The Russians are Coming, The Russians are Coming. The naive faith of the screenwriter-kidnappers in Communism, as portrayed by the Coen Brothers, is one of the finest depictions of the mechanics of the Red Menace in the history of American Motion Pictures.

The Coen brothers are telling us with their nostalgic pastiche of 1950s movies, that the Golden Age of the studio moguls has ended forever--and that, unfortunately, Hollywood is no longer able to continue what Parker Tyler called the "Magic and Myth of the Movies" because that studio system is dead.

Which means that Hail, Caesar is a very funny movie with a very serious message--because "The Future" has arrived, and every one of the genre pictures shown in the film could no longer be made today due to withdrawal of toleration advocated by Profesor Marcuse, as enforced by his Hollywood disciples today.

So, go out and see Hail, Caesar! before the protests begin...
Posted by LaurenceJarvik at 7:19 PM