The Grinch Who Stole Thanksgiving (and wants to steal Christmas) 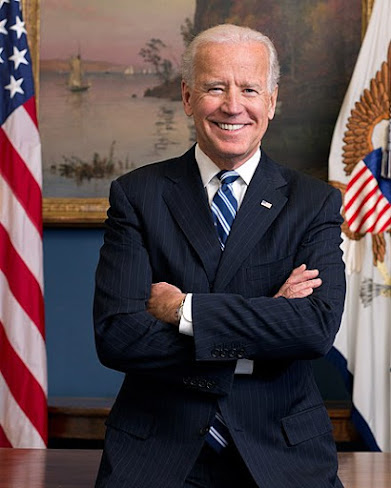 Currently, the Biden Campaign is using a genuine medical emergency as a pretext for a power grab. Their "war on Thanksgiving and Christmas" is designed to advance a revolutionary program, as detailed in the 2020 Democratic Party Platform, by holding Americans prisoner to Coronavirus.

The Biden campaign has, in my view, increased an oppressive political strategy in the aftermath of November 3rd's disputed election, when Joe Biden declared that no more than ten people should be allowed to celebrate Thanksgiving (although his own experts recommended a five-person limit).

Red flag: Biden did not cite a single scientific study to support his recommendation.

And in what looks like a full-court press by national media, Democratic politicians and government officials are seemingly determined to make Americans as miserable as possible to force their surrender -- targeting both Thanksgiving and Christmas, as they did the Fourth of July.

When Cong. Jim Jordan asked, "“Do protests increase the spread of the virus?" Dr. Fauci replied only: “I don’t think that’s relevant...I’m not in a position to determine what the government can do in a forceful way.”

That's not what he said when he lobbied for baseball stadiums to reopen. Incredibly, Dr. Fauci was photographed less than six feet from other people, with his mask off, at a Washington Nationals baseball game he had encouraged to take place despite COVID-19, in a venue where fans had booed President Trump during the 2019 World Series and where players kneeled in support of Black Lives Matter.

Yet, Dr. Fauci told the editor of the Journal of the American Medical Association that celebrating Thanksgiving this year may be too dangerous because of COVID-19.

Suppression of traditional national holidays in favor of political propaganda festivals has been a hallmark of revolutions, from the French Revolution and the Russian Revolution onwards.

Nobody is hiding their agenda here. In my opinion, Democrats are using a genuine medical emergency as a pretext for a power grab. This "war on Thanksgiving and Christmas" is designed to advance a revolutionary program, detailed in the 2020 Democratic Party Platform.

Which is in keeping with Democratic politician Rahm Emmanuel's motto: "Never allow a crisis go to waste." His brother Dr. Ezekiel Emmanuel is on Biden's Coronavirus advisory board.

In my opinion, this reveals Biden's intent to hold American citizens prisoner to coronavirus, to further claims on the Presidency as "Pretender-in-Chief" ruling a police state.

Another reason I support President Trump's challenges to election fraud.

Posted by LaurenceJarvik at 2:18 PM