Is this the USA or USSR? 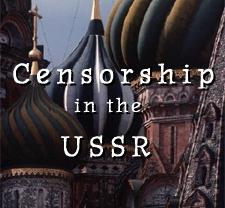 It is just unbelievable to someone who grew up in the United States of America that in the last few days because of censorship of criticism of the Biden Campaign, I have had to quit Twitter, quit my column for TheLatest.com, and had a post banned on LinkedIn.

Literally unprecedented. Never happened to me before. Ever.

So, I have joined Gab and Parler and MeWe and Rumble.

I am glad they are there to provide safe harbors...but never in a million years thought that the USA would become a country that permits political persecution of dissent with approval of the national press, major corporations, educational, cultural and religious institutions--and apparently with cooperation of federal, state and local governments.

Chilling foreshadowing of repression to come, unless President Trump by some miracle is able to stop it.