We Meant Well: We Are All Bradley Manning by Peter Van Buren


We are All Bradley Manning: 1000 Days in Jail without a Conviction 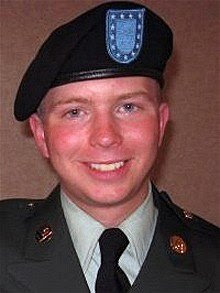 Bradley Manning, the young army private who allegedly disclosed the Wikileaks files, must be given a fair, open and speedy trial. He has been held over three years, often in solitary and inhumane conditions. He has been convicted of no crime. This is simply and self-evidently wrong.
The crimes Manning is accused of, a cascading series of offenses all restating that he leaked classified material, hurt no one; the government, in fact, has gone out of its way to declare that it need not show any damage done in its pursuit of the death penalty for Manning. The US Department of State, whose 100,000 leaked cables have been on the internet for over three years, formed then quickly disbanded a “task force” designed to show all the terrible things that resulted from Manning’s alleged disclosures. The Department has since, in response to Freedom of Information Act requests, itself released documents Manning is threatened with the gallows for releasing. No harm has been shown, no lives lost, no American goals thwarted.
I probably had dinner with Bradley Manning when we were both stationed at Forward Operating Base Hammer in Iraq at the same time (I worked for the Department of State). The office where he allegedly did his dirty work was down the hall from mine, so it is hard to believe we never walked past each other or shared a table in the single cafeteria on base.
In 2011 as a State Department employee, I linked from my personal blog to a document on the Wikileaks site, a document that may have been provided by Manning. In return for this simple internet link, the State Department took away my security clearance, threatened me with prosecution and stripped me of my career of 24 years as a diplomat, all without any review, due process or opportunity to rebut their silly accusation that I too had disclosed classified material, via a hyperlink. My life changed, with a stroke of a pen, as is said.
Bradley Manning, convicted of no crime, is in his third year of incarceration. He spent part of the first year in a literal cage in Kuwait, followed by a year or more in custody where he was stripped of his clothing, not allowed contact with any humans besides his jailers and constantly mocked, ridiculed a and taunted, all without any review, due process or opportunity to rebut the accusations against him. With a stroke of a pen, as is said.
A lot of things happen now in America with the stroke of a pen: innocent people end up on no-fly lists, Occupy organizers have their phone calls and emails monitored, jobs are denied to hard working people after some “background check” fails and in the ultimate, a drone may kill a person. All without any review, due process or opportunity to rebut.
Our nation was founded on a set of ideas, some dating as far back as the Magna Carta. Chief among those ideas was an overriding principle that the people should be able to live their lives unmolested by their government, and that to ensure that, restraints were written into law that would prevent the government from taking away someone’s privacy, freedom or life arbitrarily. Courts, open and public, would weigh the government’s desire to deprive people of their lives against these broader principles. It was what made America a special place, perhaps the only nation founded on an idea. We have abandoned those concepts. We have failed Bradley Manning and we have failed ourselves.
I don’t know what Bradley Manning did, and neither do you. A court must decide, in a speedy and open manner because that is what our America is about. Everyday Manning is denied that right—and it was 1000 days as of February 23—we are all denied that right. America is nothing but a sum of its people, and when we deny justice to one we deny it to all. Give Bradley Manning a fair, speedy and open trial for his sake, for our own sake and for this nation’s sake.


SOURCE: We Meant Well: How I Helped Lose the Battle for the Hearts and Minds of the Iraqi People by Peter Van Buren
Posted by LaurenceJarvik at 7:58 PM