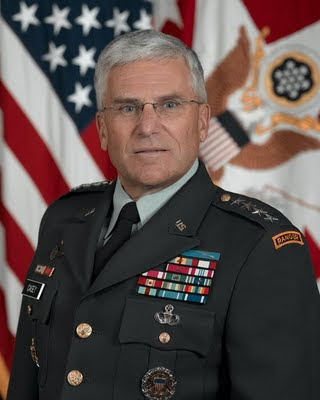 This statement in Politics Daily gives evidence that as Chief of Staff of the Army, General George Casey's military personnel policies may have been at least in part responsible for the climate which permitted the massacre to take place:

Casey expressed concern that speculation about Hasan and his views and motives "could potentially heighten backlash against some of our Muslim soldiers. And what happened at Fort Hood was a tragedy, but I believe it would be an even greater tragedy if our diversity becomes a casualty here."

Posted by LaurenceJarvik at 2:37 PM